Starting point for research and library resources related to the field of Criminal Justice.

Librarian [delete or put your own] 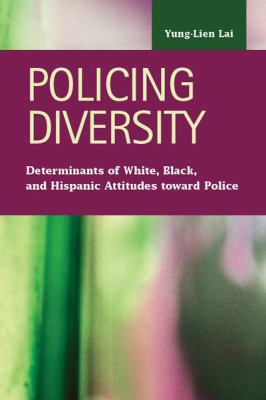 Lai extends the current knowledge of public attitudes toward the police (ATP) by examining two distinct dimensions: general and specific attitudes. The significant findings indicated that African Americans consistently reported unfavorable ATP across two dimensions, but the Hispanics did not have any significant influence. While ratings of police work were highly related to public ATP, victimization and violent crime incidents decreased the levels of public rating among all respondents. Meanwhile, coproduction increased the levels of public ATP. Finally, both citizen-initiated and police-initiated interactions had significant influence on public ATP but varied among racial/ethnical groups. Policy implications and limitations were addressed. 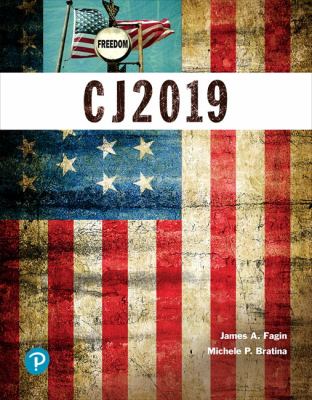 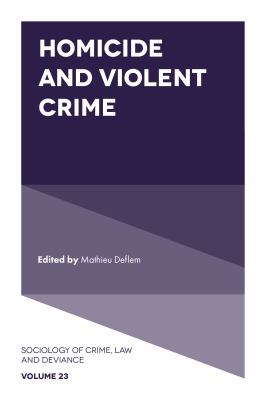 This volume of Sociology of Crime, Law and Deviance addresses a variety of issues and concerns involved with the study of violent crime and homicide in the contemporary world. The chapters are conceived against the background of the enduring nature of violence and killing in the modern age, despite trends towards increased levels of civilization and the protection of rights. Whilst it is clear that the world of today is, in many respects, a better place, violence and homicide remain and even increase from time to time and from place to place. Each chapter tackles key questions of how and why these problematic forms of behaviour continue to exist. Specifically, chapters examine the killing of children, responses to domestic abuse, female killers, incidents of racial and religious violence, the dynamics of violence on college campuses, the role of police and state institutions in relation to violence, and global aspects of violence and murder.  This book will be of interest to scholars and students in criminology, sociology, criminal justice, and public policy. 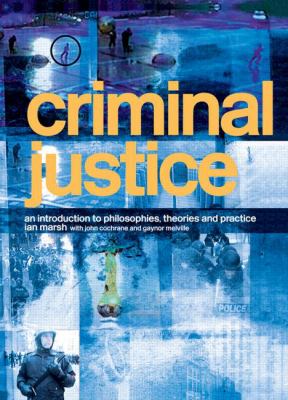 This new text encourages students to develop a deeper understanding of the context and the current workings of the criminal justice system. The first part offers a clear and comprehensive review of the major philosophical aims and sociological theories of punishment, the history of justice and punishment and the developing perspective of victimology. In the second part, the focus is on the main areas of the contemporary criminal justice system, including the police, the courts and judiciary, prisons and community penalties. There are regular reflective question breaks which enable students to consider and respond to questions relating to what they have just read and the book contains useful pedagogic features such as boxed examples, leading questions and annotated further reading. This practical book is particularly geared to undergraduate students following programmes in criminal justice and criminology. It will also prove a useful resource for practitioners who are following vocationally based courses in the criminal justice area - in social work, youth justice and police training courses. 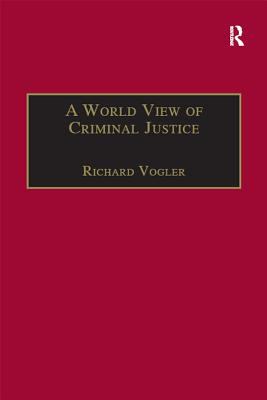 A World View of Criminal Justice

Criminal justice procedure is the bedrock of human rights. Surprisingly, however, in an era of unprecedented change in criminal justice around the world, it is often dismissed as technical and unimportant. This failure to take procedure seriously has a terrible cost, allowing reform to be driven by purely pragmatic considerations, cost-cutting or foreign influence. Current US political domination, for example, has produced a historic and global shift towards more adversarial procedure, which is widely misunderstood and inconsistently implemented. This book addresses such issues by bringing together a huge range of historical and contemporary research on criminal justice in Europe, Asia, Africa, Australasia and the Americas. It proposes a theory of procedure derived from the three great international trial modes of 'inquisitorial justice', 'adversarial justice' and 'popular justice'. This approach opens up the possibility of assessing criminal justice from a more objective standpoint, as well as providing a sourcebook for comparative study and practical reform around the world. 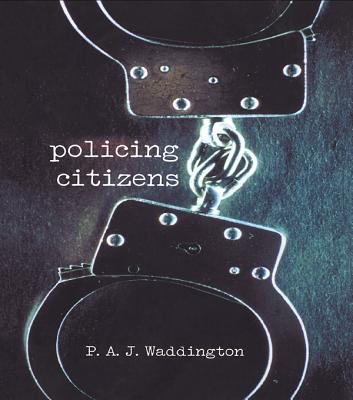 This analysis of policing throughout the modern world demonstrates how many of the contentious issues surrounding the police in recent years - from paramilitarism to community policing - have their origins in the fundamentals of the police role. The author argues that this results from a fundamental tension within this role. In liberal democratic societies, police are custodians of the state's monopoly of legitimate force, yet they also wield authority over citizens who have their own set of rights. 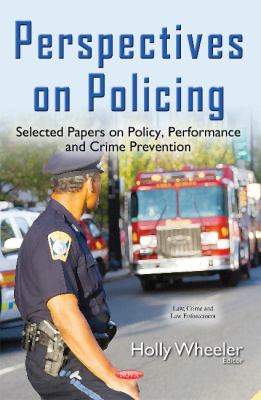 Can the police reduce crime? In 1991, when the first Executive Session on Policing concluded, the answer to that question was generally described as being in the eye of the beholder. Based on the scientific and practical knowledge available at the time, some well-respected criminologists and police scholars concluded that the police were not able to reduce crime. Promising evidence, however, suggested that if the police changed their approach to crime control and prevention, then they might be able to reduce crime. This book outlines the changes in the nature of police crime control conversations resulting from an unprecedented growth in rigorous evaluation research on what works in police crime prevention; examines what it means to be a leader within the policing field, and advocates for reframing leadership through the adoption of "learning organisations" to increase the capacity to fight crime; describes "rightful policing," which looks at elements of procedural justice in police encounters with the public as a way to organise police work; advocates for democratic ideals within law enforcement to combat the mindset that law enforcement officers are at war with the people they serve; presents the ideas for what police executives might do to alleviate the problems of race in contemporary policing; examines the term "black-on-black" violence, a simplistic and emotionally charged definition of urban violence that can be problematic when used by political commentators, politicians and police executives; summarises current understanding of the effects of ongoing trauma on young children, how these effects impair adolescent and young adult functioning, and the possible implications of this for policing; and finally, describes strategies police organisations could employ to more effectively measure their performance.

Extensive coverage of sociology and its subdisciplines, as well as closely related areas of study: criminology and criminal justice, ethnic and racial studies, gender studies, marriage and family, religion, social development, social psychology, social work, socio-cultural anthropology, substance abuse and other addictions, violence and many others. 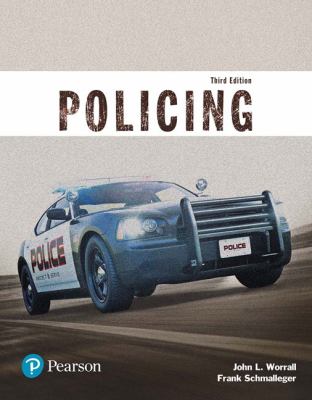 For courses in Introduction to Policing Brief. Affordable. Visual. Policing, Third Edition, provides an affordable, thought-provoking look at policing that uses clear writing and eye-catching visuals to get your students straight to the important concepts. By focusing on these core concepts, students will gain true understanding of the material, without becoming overwhelmed with unnecessary information. The book's conversation-starting pedagogy encourages active participation in learning, moving students beyond memorization by engaging them in the latest research findings and current events shaping the field. Policing, Third Edition, is also available via Revel(tm), an interactive learning environment that enables students to read, practice, and study in one continuous experience.